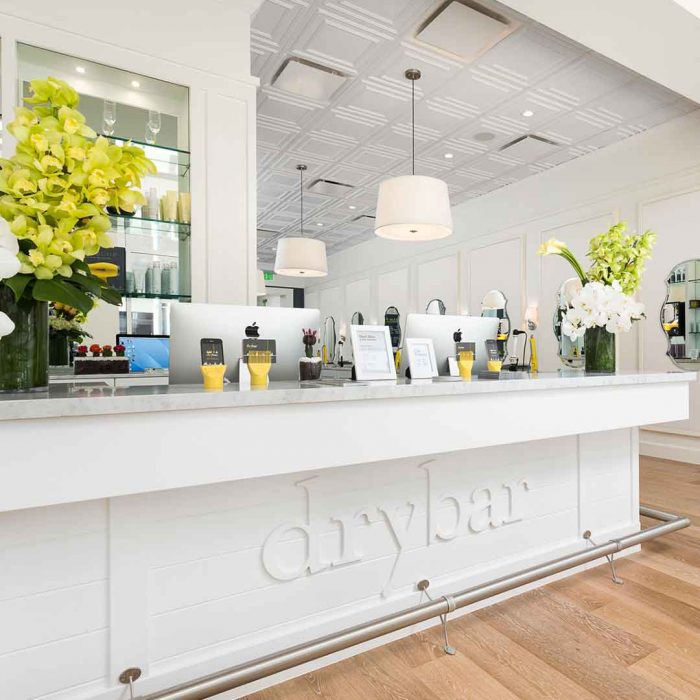 With two locations in River Oaks and Uptown Park Shopping Center, Drybar offers Houston the original blow dry bar concept. No cuts. No color. Just blowouts. Founder Alli Webb created the business with the idea of focusing on one thing and being the best at it. The sophisticated branding defines the interior in both Houston locations, and the River Oaks location marked the 41st nationwide store for the company. Drybar’s branding proudly features its official mascot Buttercup (an upside-down yellow blowdryer), featured around the shops and on the website. Drybar’s menu of signature styles stays true to the ”bar” theme with styles like the “Manhattan” or “Cosmopolitan”. Add to your tab with extras like a “floater”, a ten-minute scalp massage during your shampoo. Drybar has become a regular stop for celebrities like Cindy Crawford, Emma Roberts, Jennifer Love Hewitt, Zooey Deschanel, Rose McGowan, Hilary Duff, Miley Cyrus, Jennifer Garner, Maria Shriver, and Nicky Hilton.

The challenge for The PR Boutique was to not only introduce but differentiate Drybar from the existing blow dry establishments and salons offering similar services in the city.

“The reception has been so phenomenal that we had to open the second location for all the demand,” said Drybar Founder Alli Webb.